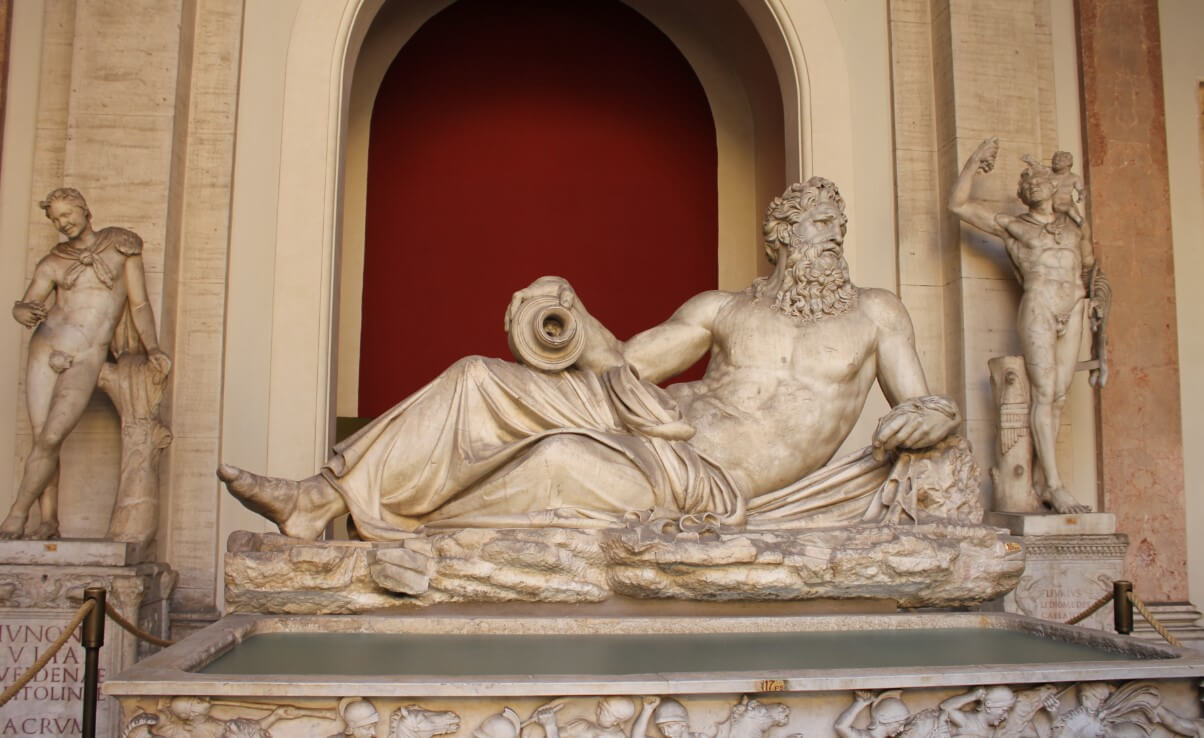 The Rome Villa Giulia was commissioned by Pope Julius III in the mid 16th century. It was designed as a special place in which to relax, and at the time was at the edge of what was then Rome.

One door opened out into the city, the other side opened to the countryside! Pope Julius was an active patron, and he spent considerable sums on the decor and design.

Now, you can visit it for yourself when you are in Rome!

History of the Villa Giulia

Once the spectacular villa – which included 3 vineyards – had been built, Pope Julius got to enjoy it until his death. After that, the main succeeding Pope Paul IV Carafa took all the properties, and allocated some to the Apostolistic Chamber.

The main villa was used by the Medici children. Finally, in 1769 it was restored, before passing into the hands of the new Italian State formed in 1870. It subsequently became the National Etruscan Museum.

Vignola, Ammannati and Vasari worked on the design. It is even said Michelangelo was consulted. The entrance is a 3 bay construction, reminiscent of a triumphal arch. On the facade you will see elements of mannerist design on the predominantly classical building. Internally, there are beautiful frescoes painted on the ceilings and walls.

In the villa itself you can check out the nymphaeum, as well as the fountains and gardens. You can tour the well manicured lawns as well and imagine what the Villa looked like back in the day! There is even a replica of an Etruscan Temple!

What to see at National Etruscan Museum

Known in Italian as the Museo Nazionale etrusco di Villa Giulia, the Etruscan Museum Rome is dedicated to the ancient culture dating back to 900 BCE. 3 of Rome’s kings were Etruscans. It’s an extensive exhibition, yet relatively few people know about it. So, you can expect much lighter crowds than at the Vatican for example.

Here, you can see some splendid examples of artwork, such as the magnificent Sarcophagus of the Spouses and the Apollo of Veii. The museum is the place to go if you are interested in pre-Roman civilisations from the Italian peninsula.

The exhibitions are spread out over 35 rooms! So, there is a lot to see. Try to plan ahead in advance so you can hit off the main attractions. There is some exceptionally beautiful pottery on display, as well as traditional metal works.

The Villa runs art and other historical events regularly. At present, the museum is closed until 2021 due to the CoronaVirus.

But, the museum is still keeping up the interest in the collections. Check out their online events and lectures here.

Why should you consider a visit there?

Interested in the prehistory of Italy before the Romans? Then, this is the place for you. And of course, those who are interested in Roman architecture and grand villas will also enjoy the experience.

How to Get Villa Giulia tickets

You will need to get tickets to visit the Villa Giulia Garden and building once it opens again in 2022. Tickets are €10, with reduced price of €8. You can book your tickets online here.

Villa Giulia Map and How to Get There

The Etruscan Museum has a good 3d picture of the villa here. To get to the museum take metro line A and get off at Cipro. From there, it is about an eight to ten minute walk to the Villa.

Frequently asked Questions about the Villa

When was Villa Giulia built?

Construction began in 1551 and was completed in 1553. Restoration works were completed in the 18th century to the building.

Pope Julius III commissioned the building. He took an active role in the design, materials used and the decoration.

Is Villa Giulia Popular With Families?

Villa Giulia is a nice place to visit, but more for those interested in history and ancient culture, as well as beautiful architecture. If you’ve got the kids with you, make sure you spend some time in the beautiful gardens.

Is there parking near Villa Giulia?

On Via Giuseppe Mangili, 30 there is a free parking lot. However, probably best to park your car inside a garage. Try the Bertollini Via Emanuele Gianturco, 3. It is about an 8 minute walk. Cars start at 4€ for the first hour, then 3€ for each subsequent hour.

How long should I spend in the National Etruscan Museum?

With 35 exhibition rooms and hundreds of interesting artefacts, there is a lot to see. If you are interested in this ancient civilization you should leave 3 hours to get the main bits covered.

Note - the majority of the explanations are in Italian, but there is also a English language explanation that covers the main topics.

This is a great but often overlooked museum and interesting building near the Villa Borghese. It is said that the museum is a welcome break from the crowds at the key attractions.