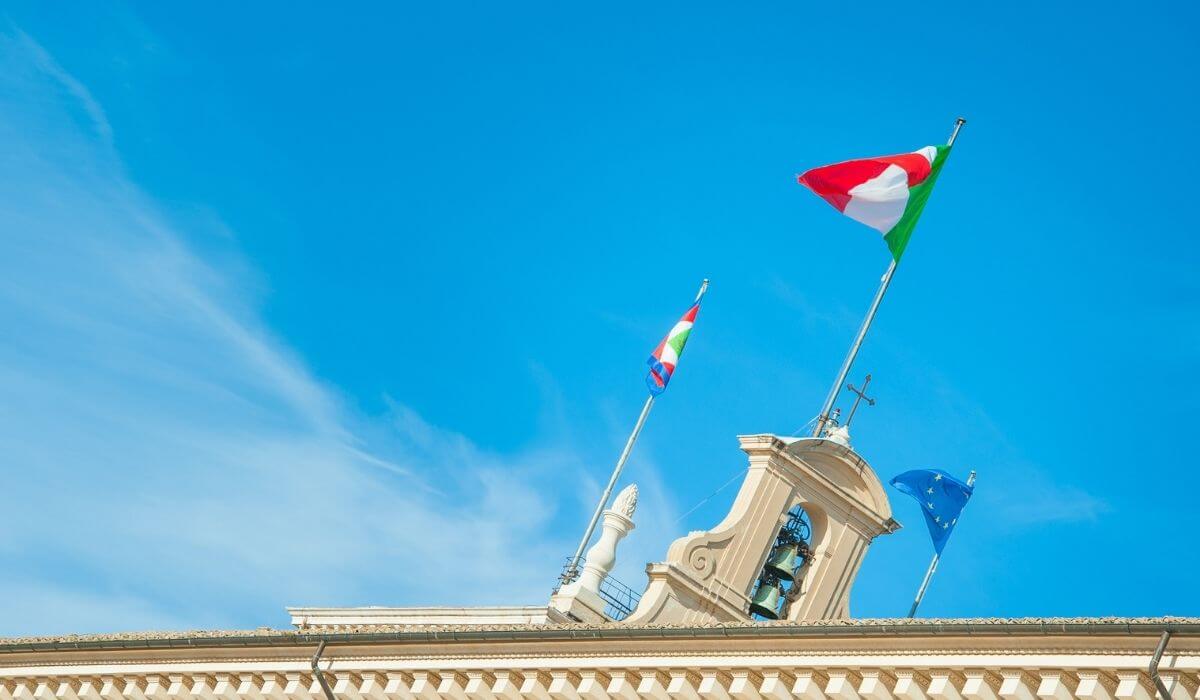 Palazzo del Quirinale Roma: Why This Palace Is So Special?

The Palazzo del Quirinale is the only presidential residence actually located in Rome. One of three such buildings -another is found about 25 minutes from the city, with a third being located in Naples.

The Quirinale Palace gets its name from the hill upon which it is located – the Quirinale Hill, which is Rome’s highest point.

The palace has an impressive past, and in addition to having been home to the presidents of Italy, has been home to various popes as well as several kings.

The Palazzo del Quirinale Roma is located on a site that had previously been home to various temples dedicated to Roman gods.

One was the Roman god Quirinius – the god of the Roman state – who the hill was eventually named after.

As with many constructions in Rome, the Quirinale Palace was built atop of ruins, but the area in general was a popular place for the wealthy to build luxurious villas over the city.

Some small traces of such opulence can be found in the gardens of the palace in the form of mosaics.

Pope Gregory XIII started work on the palace in 1583 as a summer residence.

His reasons were pretty straightforward – get higher up, away from the smelly banks of the river Tiber – which really stank in the summer months.

His original plans were to incorporate an already existing villa into the new design were halted on his death, and Pope Paul V had to finish the job off.

The building was home to papal activities until the formation of the Italian state in 1871.

Why Is Quirinale Palace Significant Today?

The Quirinale Palace is very important today – not so much due to the fact that it has long been home to popes, kings and presidents.

Rather, its cultural significance comes from its importance to Italian political life and its huge collection of Italian artistic heritage. This is why the Quirinal Palace Rome Italy has been referred to as the Home of All Italians.

Who Lives in Quirinale Palace?

The Quirinale Palace is home to the President of Italy. It is the sixth largest in the world!

So, you can imagine that it is quite a shock for any new president moving in here!

If you are going on a Quirinale Palace tour you will surely be awed by not only the architecture, but the sheer size of the place.

The design centers around a central courtyard – known as the majestic courtyard – where the most opulent rooms are found.

Further administrative buildings and the private apartments of the head of state are located in the Fuga building.

Some of the key architectural features of the Quirinale Palace include The Great Hall of the Cuirassiers, a stunning banquet hall, the Staircase of Honor and the elaborate Pauline Chapel.

The extraordinary Mascarino Staircase – designed by the architect Ottaviano Mascarino – is also a striking architectural feature that must be seen to be believed.

What Amazing Things You Can See Inside and Outside?

The list of stunning sights in the Quirinale Palace Interior goes on and on!

Apart from the design features mentioned above, you can also expect to see much much more in terms of sights.

The Tapestries room, exhibitions of contemporary art and not to mention the gorgeous gardens stretching over 4 acres and the Fontana dell’Organo.

It is the 6th largest palace in the world – and 20 times larger than the White House – so there is plenty to see!

How do the Quirinale Palace Gardens Look?

The four hectares of the Quirinale Palace Gardens are known for the striking geometric flower beds.

The main walkway is situated along the internal Viale delle Palme, and the remainder of the gardens are split into two styles – Anglo and Italian.

Well-manicured lawns, stunning palm trees, and groves with places for shade make the gardens nearly as worthwhile to visit as the palace itself.

Where to Get Palazzo del Quirinale Tickets

Tickets are available online and must be reserved in advance on the Palazzo del Quirinale website.

Access to the palace is limited and only available as part of a Quirinale Palace tour – and restricted to just 10 people at a time.

Tip – Once you get your Palazzo Quirinale tickets you must attend in good time before your allocated start time. Late arrivals will not be admitted and tickets are non exchangeable or refundable!

The Palazzo del Quirinale is open to the public on Friday, Saturday and Sunday for those with reservations. Tours begin at 9.30am, with the last entry being 11.00am.

How to Get There

Metro Line A goes right to the palace – alight at the Piazza della Repubblica station. Line B has a nearby stop too – Cavour station.

There are also buses too – you can check out the full details of the travel options directly on the Quirinal Palace Rome Italy website.

3 Most Comfortable Hotels Nearby

Here are three great hotels near the Quirinale Palace that are worth looking up:

Here are some of the most frequently asked questions about the Quirinal Palace Rome.

What is the walking distance from the Quirinale Palace to Villa Borghese Rome?

You can walk between the Qurinale Palace to the Villa Borghese in around 20 minutes.

What is the walking distance from Hotel Manfredi to Quirinale Palace Rome?

It’s about a 15 minute walk between the two landmarks.

Is there a White House in Rome in Italy?

The Quirinale Palace is Italy’s equivalent to the White House, except it is 20 times bigger than the American version.

The Quirinale Palace may not be as famous as some of the other things to do in Rome, but it should certainly not be overlooked.

If you have a few hours to kill in Rome then consider a Quirinale Palace visit.